Find out more about how Hannah was supported by an ISVA.

Hannah was referred to RASASC. Hannah is the mother of three children and had disclosed that an extended family member had sexually abused them. Their assailant had just been charged by the police. 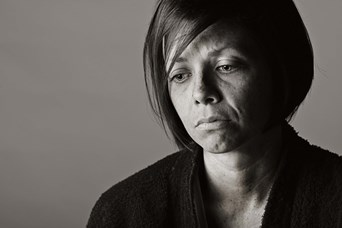 On receipt of the referral the ISVA rang the client and was able to explain the service and the support available to her, and her children. An initial assessment was booked for the next day. At the initial assessment the ISVA was able to confirm that appropriate safeguarding referrals had been made and gave the client reassurance as to why the referral to social care was made.

It was clear from the onset that this was a very close family and the children were well supported and cared for by their parents. Although the ISVA offered support to her children the client stated that she wanted to be the one to support them. A care plan was completed and it was agreed that the ISVA would provide the client with the information to enable her to do this.

The ISVA was able to email electronic copies of ‘From Report to Court’ for her and her husband (as both were to be witnesses in court) and ‘Young Persons Report to Court’ for her children. The client was also provided with information that would help her and her husband to support their children emotionally. As part of the care plan the ISVA was able to track the court appearances of the assailant and keep the family updated. When the client had concerns about any of her children, support meetings were booked to talk this through.

The assailant pleaded not guilty and a trial date was set. The client discussed her fears about going to trial and the ISVA was able to explain what happens in court and gave the client booklets that she could use to inform the children. It was also agreed that the ISVA would book a pre-trial visit for the family. The ISVA met the client’s children and husband for the first time at the pre-trial meeting. There was a good rapport immediately and the ISVA was entrusted with the care of the children once they had given their evidence, as they would not be allowed back into the same room as their parents.

The jury returned a guilty verdict and although the perpetrator was late in years he was given a custodial sentence.

During the exit meeting the client stated that she felt responsible for leaving her children with their abuser (believing him to be a trusted adult). Being able to give her children the best possible support was part of her healing process.

Hannah is not the victims real name.